Caring for my mum on my own was too much for me sometimes. My emotions were all over the place. On a bad day, I’d feel like running away and giving up. On a good day, I felt relieved that things were better but fearful of what the next day would bring. I had a relative who wasn’t doing his fair share of caring for mum and that didn’t help. He would offer to go round and take her some shopping and then not turn up. This happened on numerous occasions. One of the best decisions I made concerning mum’s care was to write him off in my head. I woke up one day and chose never to ask him for help again. That way, I could be in complete control of mum’s care and make sure her needs were met.

He had also been resistant to getting professional help from carers and the system in general. The minute he was out of the way I felt like I had the freedom to make the decisions that I thought were best for mum. (She wasn’t capable of making any decisions at that stage).

The first thing I did was to speak to Age UK. They were very helpful and told me about Attendance Allowance which I applied for on mum’s behalf. She got it. They also had a cleaning service where they would supply a cleaner to do basic household tasks and shopping, once or twice a week. It was something mum had to pay for, but the Attendance Allowance covered the costs. Knowing that mum had someone going in twice a week to clean her house but also keep her company and chat to her made me feel a lot happier. On one or two occasions, the cleaner rang me when she was concerned about mum, so I knew she was keeping an eye on mum’s health and not just putting a hoover around the lounge.

The second thing I did was think about who else could provide practical support. I didn’t have any other family members apart from a niece and nephew. My niece worked full-time in London but my nephew worked locally and had a more flexible schedule. I arranged for him to go and visit his nan a couple of times a month. She loved having his company and he would do odd jobs for her.

I also found a local handyman (the father of a friend) who would go to mum’s and do her gardening and any other jobs around the house.

Neighbours did their bit too. Several of them volunteered to go in and sit with mum. There were days when she didn’t want their company and sent them away. They were understanding about it. They didn’t take it personally. They just wanted to help out where they could.

Finally, I had two friends who worked near to where mum lived and I asked them pop in and see her on the way home for a coffee whenever they had a spare moment.

As time went on, I felt relieved. I was better able to cope with mum’s care because I had built a network of people to support me. It’s very frustrating to be let down by members of your own family, but in times of crisis, you find out who really cares. And help comes from most unlikely places sometimes. Even my mum’s hairdresser offered to go and see her to keep her company.

Find out who your allies are. And don’t be afraid to ask for their help. 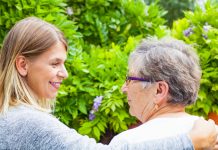 Persuading a loved one to accept help 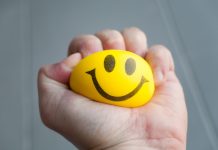 How to cope with carer’s stress 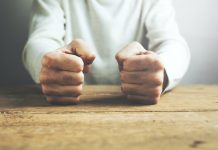 How to cope with anger in a person with dementia