Home About Dementia Medication for dementia

There are four types of medication prescribed to treat symptoms of Alzheimer’s disease. However, there are no dementia specific drugs available, although the person may be given other drugs to treat underlying conditions, such as heart disease, a stroke in the case of vascular dementia, or symptoms, such as hallucinations suffered by a person who has Dementia with Lewy bodies. A person with vascular dementia may be given drugs to treat high blood pressure, high cholesterol, diabetes or heart problems as these can be linked to the condition. Specialist drugs are only available for people with Alzheimer’s disease.

Medication for Alzheimer’s disease may slow down the progression of symptoms, but not the disease. They may help to reduce depression, aggression and anxiety, although the drugs will only work for some people. The current four types of medication used to treat Alzheimer’s disease include:

Donepezil, Rivastigmine and Galantamine are known as cholinesterase inhibitors and these work by boosting levels of a chemical messenger called acetylcholine (ACh) inside the body, which improves communication between the nerve cells. Side effects include vomiting and diarrhoea. They may be beneficial for those with mild to moderate Alzheimer’s disease. They are not a cure, but can treat symptoms in some people. They may not work for everyone.

Memantime is usually prescribed for those with severe Alzheimer’s disease, or those with moderate Alzheimer’s if cholinesterase inhibitors aren’t suitable. It works by regulating activity of Glutamate, a chemical messenger involved in brain functions that is released excessively when brain cells are damaged. Side effects can include dizziness, aggression, depression, headaches and sleepiness.

If you have any concerns about any medication prescribed, for example, if you notice any changes in behaviour or side effects, always discuss these with the person’s GP or mental health team.

The challenges of being a dementia carer 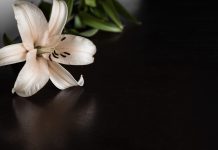