Protein tangles linked with dementia seen for the first time in patients’ brains after a single head injury, according to Alzheimer’s Society.

Scientists have visualised for the first time protein ‘tangles’ associated with dementia in the brains of patients who have suffered a single head injury. This is the finding of a new study led by scientists from Imperial College London, published in the journal Science Translational Medicine.

In the early-stage study, researchers studied 21 patients who had suffered a moderate to a severe head injury at least 18 years earlier (mostly from traffic accidents), as well as 11 healthy individuals who had not experienced a head injury.

The research, from scientists at Imperial’s Dementia Research Institute as well as the University of Glasgow, showed some of these patients had clumps of protein in their brain called tau tangles. Tau tangles are found in Alzheimer’s disease and other forms of dementia and associated with progressive nerve damage.

Dr James Pickett, Head of Research at Alzheimer’s Society, says: ‘It’s well established that a major blow to head, for example from a road traffic incident or an assault, can increase your risk of developing dementia, but of course, this does not mean everyone with a head injury will get dementia.

‘By looking at the distribution of tau tangles  – which are a hallmark of Alzheimer’s disease –  in the brains of people who have received a major head injury, the study confirmed that tangles can sometimes be increased many years after the injury. Previously, we could only look for tau in the brain after someone had died, but because of advances in imaging technology, we can now see the build-up of tau during life. However, it did not offer any new insights into whether this can affect thinking and memory, or your risk of developing dementia.

‘Research will beat dementia. Alzheimer’s Society is funding the PREVENT study to understand the relationship between lifestyle in mid-life and future brain health. While head injuries are something no one wants, and we should take every step to avoid them, in terms of dementia risk it’s better to focus on things you can control such as being physically active and following a good diet.’

The challenges of being a dementia carer 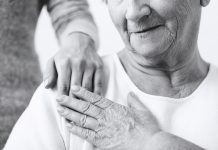 The reality of dementia