Home Exercise The benefits of exercise

Regular exercise can help reduce stress, benefit a loved one with dementia and reduce your risk of developing the disease. Download our free walking and walk/run plans by clicking on the links below.

Dementia Help’s Founder Christina Neal says: ‘When I was caring for my mum, exercise helped me to cope with the situation. At times, things were so stressful, I wondered how I could continue to cope for much longer. When I felt that way, I went out for a run or went to the gym. I always felt better afterwards. Even if my energy levels were low and I felt tired beforehand, exercise always recharged my batteries, mentally as well as physically. Taking time out to look after my health and clear my head made me a better carer. I was more patient and understanding with mum after I’d been active and felt pleased that I was taking control of my health.’

The emotional benefits of exercise are well noted. The mental health charity, Mind, says that regular cardiovascular exercise like walking, cycling or running can be more effective in some cases than antidepressants for mild to moderate depression. When you exercise, your anxiety levels will drop and your mood will improve. You may feel a reduction in stress levels and be able to think more clearly. Outdoor exercise may be particularly beneficial. ‘The colours, sounds and smells of the great outdoors stimulate our senses in a way that the gym or urban environments don’t,’ says Camilla Swain, press officer from Mind.

Exercise can also boost brain function. One Harvard Medical School expert believes that the endorphins released when we run can improve our ability to concentrate, therefore enhancing our ability to shut out distractions and prioritise.

And it’s beneficial for memory too. Aerobic exercise like running seems to have a physiological effect on the part of the brain that deals with memory. A 2012 study found that those who were moderately fit performed better on memory tests than those who were unfit or less fit.

In another study conducted at the University of British Columbia, researchers discovered that regular aerobic exercise like running boosts the size of the hippocampus, the part of the brain that deals with memory.

A study from UCLA Medical Centre and University of Pittsburgh, suggests that aerobic exercise can increase brain volume in older people. The study, published in the Journal of Alzheimer’s Disease in March, involved 876 patients, with an average age of 78, across four separate research sites. Study participants were asked about their physical activities and had MRI scans of their brains to measure volumes of brain structures, including parts of the brain linked with memory and Alzheimer’s disease. The results indicated that increasing physical activity was associated with increases in the volume of certain parts of the brain.

A study presented at the Alzheimer’s Association’s International Conference in July looked at 30 people aged between 60 and 88 years old. The study participants were given a 12-week programme of moderate intensity exercise. At the end of the 12 weeks, the study participants had a thickening of the cortex, the brain’s outer layer of neural tissue, which plays an important role in our consciousness.

Several studies looking at aerobic exercise like running that increases the heart rate in middle-aged and older adults have reported improvements in thinking and memory, and reduced rates of dementia.

Combing the results of 11 studies shows that regular aerobic exercise can significantly reduce the risk of developing dementia by around 30% and Alzheimer’s disease specifically by 45%.

One study looked at the health habits of over 2000 men in Wales, following them for 35 years. Of the five behaviours that were assessed (regular exercise, not smoking, moderate drinking, healthy body weight and healthy diet), exercise had the greatest effect in the reduction of dementia risk.

Less research is available on reduced dementia risk in healthy older people, but there is evidence to show that older folk can reduce dementia risk with aerobic exercise like running. In a study of 716 people aged 82 years, those who were in the bottom 10% in terms of daily physical activity were more than twice as likely to develop Alzheimer’s disease as those in the top 10%.

You may think you don’t have time to be active. Start slowly, build up gradually and commit to just two or three short sessions per week – as shown in our walking and walk/run plans – and you’ll feel much better placed to cope with stress. 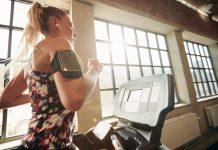 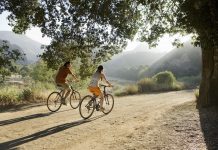 The mental health benefits of cycling 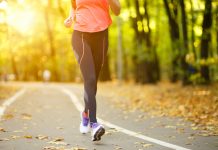